TANGRA-AV Ltd. is a private company founded in 1989 and specializing in the field of ventilation, air conditioning and heating. It was established as the successor of the private trade company from before 1944 "TANGRA - Lazar Armianov".

The company's activity is design of HVAC installations and analysis of energy efficiency of existing factories. 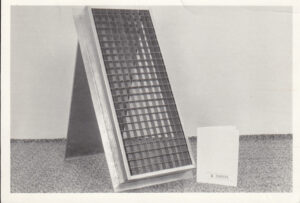 The company rents a small workshop, rebuilds it and the owners invest the income from design fees in machines, tools and materials for production. The first manufacturers and installers in the company have been appointed. Developed and implemented in regular production is the first product - ventilation grille.

Thanks to their experience as designers, constructors and researchers, the TANGRA team began to create a series of products and elements for installation in ventilation and air conditioning systems - ceiling ventilation grilles, silencers, heat exchangers with polymer lamellas and others. 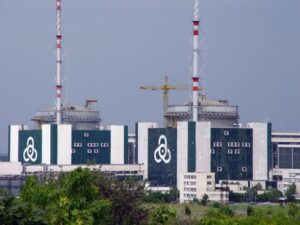 The company supplies and manufactures equipment, as well as builds installations in many sites. Reconstruction of a large number of filter systems at Kozloduy NPP has been carried out and the flow rate of purified air is several million cubic meters per hour. The constructive development was prepared by the CEO of the company, Dipl. Eng. July Armianov, the filter cartridges were manufactured and installed by the specialists of "TANGRA-AV", subsequently the installations were approved by the European certification bodies for peaceful use of nuclear energy. This motivates and gives confidence to the team of TANGRA to continue the development of new products.

The production base has been moved to the building of TPK "Atanas Romanov" and the area has been increased three times. During this period the staff has increased with 50-60 people, divided into production and assembly teams, design department, commercial and administrative part. New production equipment was purchased, which increases productivity and increases the quality of manufactured products. In 1995 the first export was realized - recuperative heat exchangers for Greece.
Thanks to the precise financial policy and constant reinvestment in goods, materials and machinery, the company overcame hyper-inflation and economic problems in the period without serious shocks. 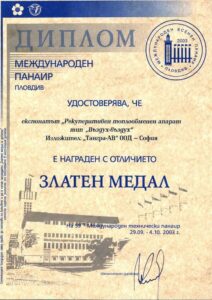 This period is associated with making new export contacts, new projects and implemented products. Active construction of hotels and resorts begins in the country. TANGRA performs a large number and volume of installations, and the experience and quality performance make the company a preferred partner among investors and construction companies. In 1999 the company bought its own land on Europa Blvd. and built its first own production and trade centre. The new large production and storage areas, the precise production equipment and the responsible work of the whole team lead to a serious increase in the company's turnover every year. At the end of 2003, the company's team numbered a little more than 100 people, and the production list - over 30 standard products in many modifications and sizes. In 2003 the range of plate heat exchangers won a gold medal at the international technical fair in Plovdiv. TANGRA-AV Ltd. has built a quality management system ISO 9001: 2000, which in 2003 was certified by Lloyd’s Register. In an effort to bring products to consumers and in order to expand sales, the company opened two shopping centres - in Varna and Burgas.

Progress for the company 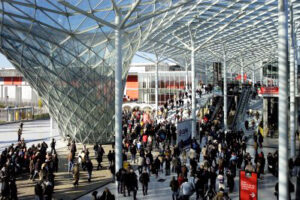 Extremely successful period in the development of the company: the number of employees reaches 200 people, while doubling labour productivity; annual turnover increases by 30%; the number of permanent European partners is increasing. The installations of dozens of large hotels in the resorts on the Black Sea and Bansko, as well as in business centres in Sofia and the country have been built. The second production base of the company has been completed and put into operation. New, high-performance equipment has been introduced. The nomenclature of the offered facilities and elements has been significantly expanded. The production activity is structural for the company. In the spring of 2008 TANGRA participated with a large stand at one of the biggest specialized exhibitions for ventilation and air conditioning in Europe (Mosta Convegno Expocomfort - Milano). The company receives high praise for the products shown and establishes relationships with several new customers in Europe.

The adaptive ones also succeed in crises 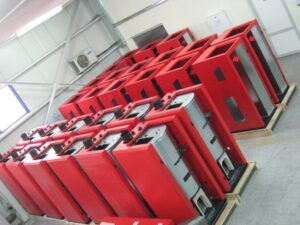 The global economic crisis and especially the collapse of the construction business began to have a significant impact in the spring of 2009. Many current sites are "frozen", new construction fell by more than 70%. As a manufacturer and installer of ventilation and air conditioning equipment, TANGRA is also experiencing difficulties. It is necessary to reduce the staff by more than 10% and increase efforts to optimize and find new customers. Despite the difficulties, the company continues to develop and implement new products. The management team motivates the staff and increases the efficiency of the employees in order to overcome the difficult moments.
The first pellet boilers of TANGRA have been created. The design and development are carried out entirely by the company's team. 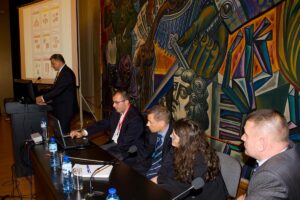 After many years of work on improving the existing and creating new products, a new technical catalogue has been prepared, including more than 50 different HVAC products, fully developed and regularly manufactured by TANGRA. The official presentation was made in Hall № VIII of the National Palace of Culture to more than 200 leading specialists in the field of HVAC. Following were presentations in Varna and Burgas. For the convenience of designers and engineers specializing in HVAC, specialized software for selection of recuperators and energy-saving ventilation units has been developed and is provided free of charge. The new website of "TANGRA" has been launched with the full technical catalogue of manufactured products, sales and reference list, specialized software for selecting energy-saving equipment, as well as a platform for quick contact of customers with the team, whether to inquire or call installation service. TANGRA continues to expand its product range. Two new models of pellet boilers have been created. The efficiency of the boilers and their excellent performance is fully guaranteed. TANGRA's exports increased by 9.2% in 2011. TANGRA was officially invited and became a member of the European Association of Heating, Ventilation and Air Conditioning Companies - REHVA. 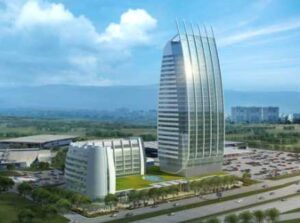 TANGRA is expanding its production base. High-efficiency energy-saving ventilation units with efficiency above 79% (ErP Directive 2018) has been launched on the market, which was immediately of great interest in Europe. TANGRA continued to increase its partners in Europe. Regular orders from Switzerland and Poland begin.
In 2012 the team of "TANGRA-AB" launched the first specialized electronic store for fans - Ventilator.bg. In his six months of work, he has made numerous sales. TANGRA was also the first Bulgarian company to create a pellet boiler with a heating capacity of 80 KW - TANGRA CL 80. The boiler was presented at the first official event "Pellet Heating" in December. Simultaneously with the development of new products, the installation team of "TANGRA" began work on the first skyscraper in Bulgaria - Capital Fort.

In 2013, TANGRA became the first company in Bulgaria to be certified by TUV for the production of hygienic air handling units. TANGRA AHU-HYG meet all European standards and requirements for operating rooms, rooms with isolated patients, hospitals, chemical and pharmaceutical industries and more.

"TANGRA" also completed the installations of the "Chernomorskii" complex, the last stage of the Kamchia Recreation Complex. The Kamchia Complex is one of the largest investment projects implemented in Bulgaria by the Russian Federation. In the immediate vicinity of the Black Sea coast and the Kamchia River, on an area of ​​300 acres, the complex can rest and study more than 25,000 guests a year. The TANGRA team has been working on the complex since 2009, during which time it has completed the Longoz and Chernomorski complexes, the Raduga children's health camp, the Zdravets medical and balneological centre and the Yuriy Gagarin educational centre.

TANGRA participates in the MCE Mostra Convegno Expocomfort in Milan, Italy. On a stand of 100 sq.m. air handling units, heat recovery ventilation and floor convectors were presented. New partners from Europe are attracted.

TANGRA is completing the HVAC systems of the first skyscraper in Bulgaria and the administrative building of Unicredit Bulbank. The Capital Fort skyscraper is 126 meters high. has a total area of 80,000 square meters

Award from the President of Bulgaria

TANGRA is awarded with "Innovation facility" award by the President of the Republic of Bulgaria. The award is for the series of highly energy efficient ventilation systems.

TANGRA implemented AHU selection software, tested and certified with EUROVENT the range of air handling units TANGRA AHU. Also the air to air plate heat exchangers TANGRA REC HiE were tested and certified by Eurovent, which makes the company the 11th largest manufacturer in the world.

30th Anniversary & Award from the President of Bulgaria

At the beginning of the year, TANGRA was awarded again by the President of Bulgaria for “Excellence in Innovation”
On 17th of August 2019, the team of TANGRA celebrated 30th anniversary of reestablishing the company. The party was for the whole team of the company in the ski resort Bansko.

In connection with the onset of the Sars-CoV-2 coronavirus pandemic, the company's team developed and implemented a new type of product - TANGRA air purifiers and air sterilizers. The air purifiers are equipped with F7 filter, HEPA filter and UV-C lamps for complete disinfection of indoor air. The devices were tested and certified by the Bulgarian Academy of Sciences and VOSTOX.